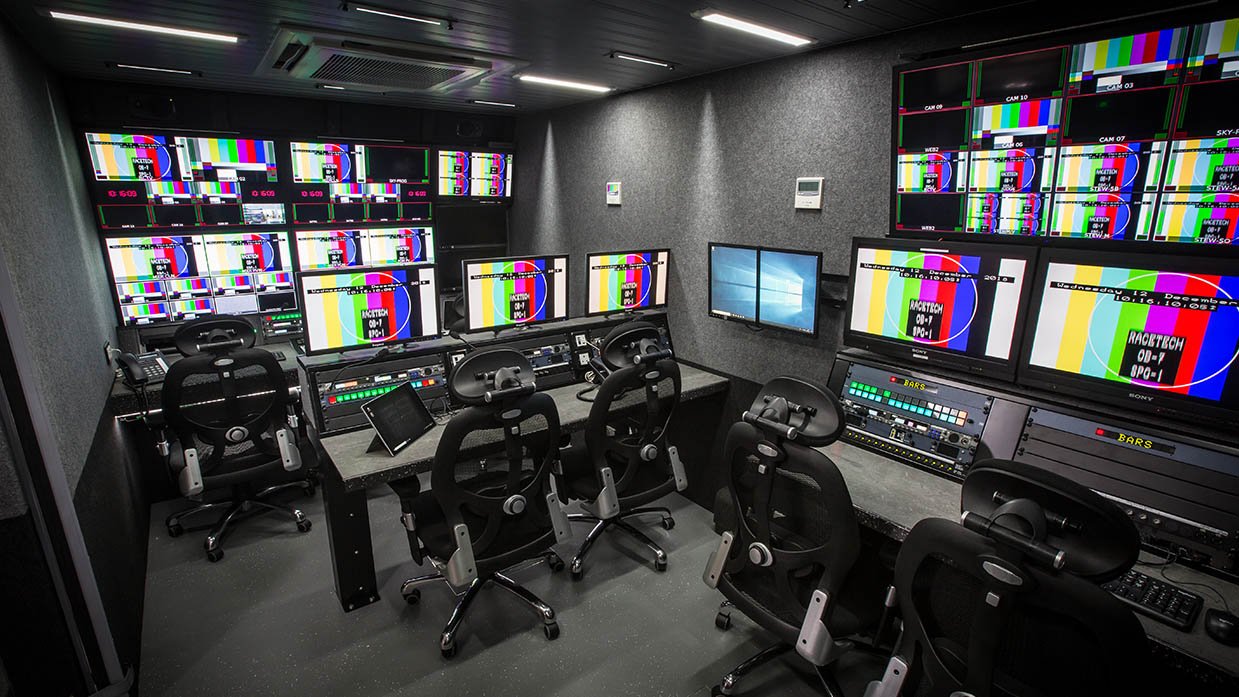 The new contracts increased the number of outside broadcasts RaceTech provides to over 1,500 per year, hence the need to boost capacity.

Beating off competition from two other integrators, ES Broadcast was engaged to build three new 14-camera HD vehicles from chassis up. A fourth unit from RaceTech’s existing fleet was extensively refurbished and upgraded as part of the project, including removing a room to give a larger, more open production area, and providing a near-identical system installation to the new vehicles.

The design of all four vehicles was such that there would be immediate familiarity for users across all of RaceTech’s OB fleet.

The whole project cycle extended over barely seven months, in which time all design, coach-build, installation, testing and commission needed to be completed.

Most challengingly, only eight weeks were afforded for the system installation, meaning that accurate time-planning and stringent resource management were essential to the success of the build.

With deadlines met, the first vehicle was on the road for testing in November 2018, with the other vehicles following at two-week intervals.

Whilst wishing to retain the familiarity of older vehicles in their fleet, RaceTech’s technical team were eager to ensure that the new HD OB trucks were utilising the latest technology that would afford production benefits to their clients, and also provide a stepping stone to remote production in the future.

Newer Yamaha audio desks with Dante expansion were installed, while RTS’ state-of-the-art ODIN comms matrix was also incorporated, giving RaceTech the IP audio capabilities they desired. The latest generation hybrid routers were employed to minimise the need for external glue frames and to improve the signal workflow of the trucks.

The end result is that RaceTech now boasts an enviable fleet of cutting-edge HD OB trucks that not only mean it can more-than adequately fulfil its hard-won contracts, but also enable the technical team to look to the future with IP audio workflows and remote production.

No products in the basket.