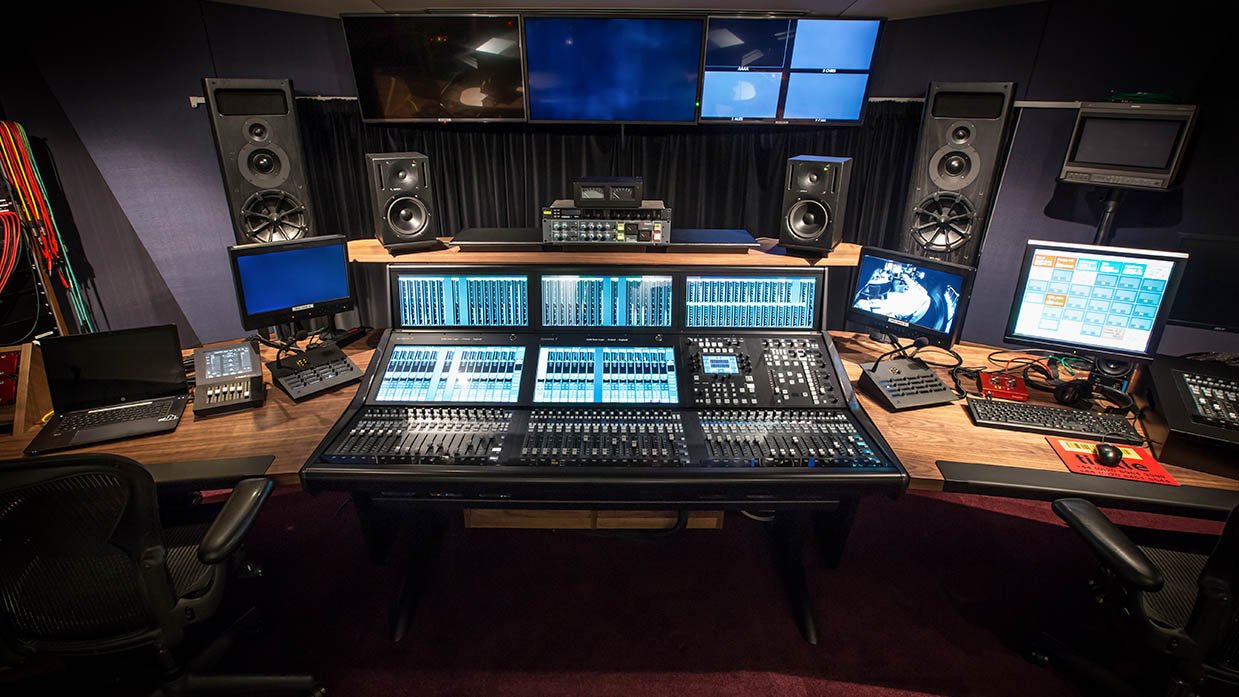 Renowned central London TV studio H Studio needed an audio upgrade not only to replace an ageing audio console but also to reshape the way the studio’s audio worked with the installation of an IP-based network solution.

The project saw ES Broadcast upgrade the studio’s music control room to the latest audio technology with the installation of a Sold State Logic System T broadcast production environment. This in turn allowed the studio to move to a network-driven stage-box solution, allowing audio engineers much greater flexibility to move connectivity around the facility with minimal core connectivity requirements.

As well as SSL’s proprietary IP network for console and stage-box connection, the solution enables third-party interfacing via Dante networks – future-proofing the studio for any forthcoming expansion.

This ability to quickly and easily change audio configuration is crucial for H Studio, where audience-based productions ranging from light entertainment and comedy panel shows to multi-stage live music performances are a staple on the production slate.

Meanwhile, the existing TV audio control room next to the main TV gallery was removed and re-purposed into a multi-function space that allows studio operators to create a more comfortable production area for larger teams by moving vision control, graphic effects and replay between the main gallery and the new second gallery.

Video and control upgrades were also key parts of the overhaul, along with the installation of new Sony OLED and JVC LCD video monitors.

With a fast turnover of productions and production teams, offering flexibility of set-up without compromising on audio capability was essential, and the new production environment delivers this.

The System T console can be configured to mirror the preferences of the operating engineer, while routing and system navigation is very user-friendly.
Meanwhile the three-bay, 48-fader S500 control surface, coupled with a 16-fader remote tile, means the studio is easily capable of handling large multi-stage productions. An SSL Tempest T80 800-path audio engine and a range of SSL Network I/O units, in both the machine room and flight-cased stage racks, further augment the system’s expansive capabilities.