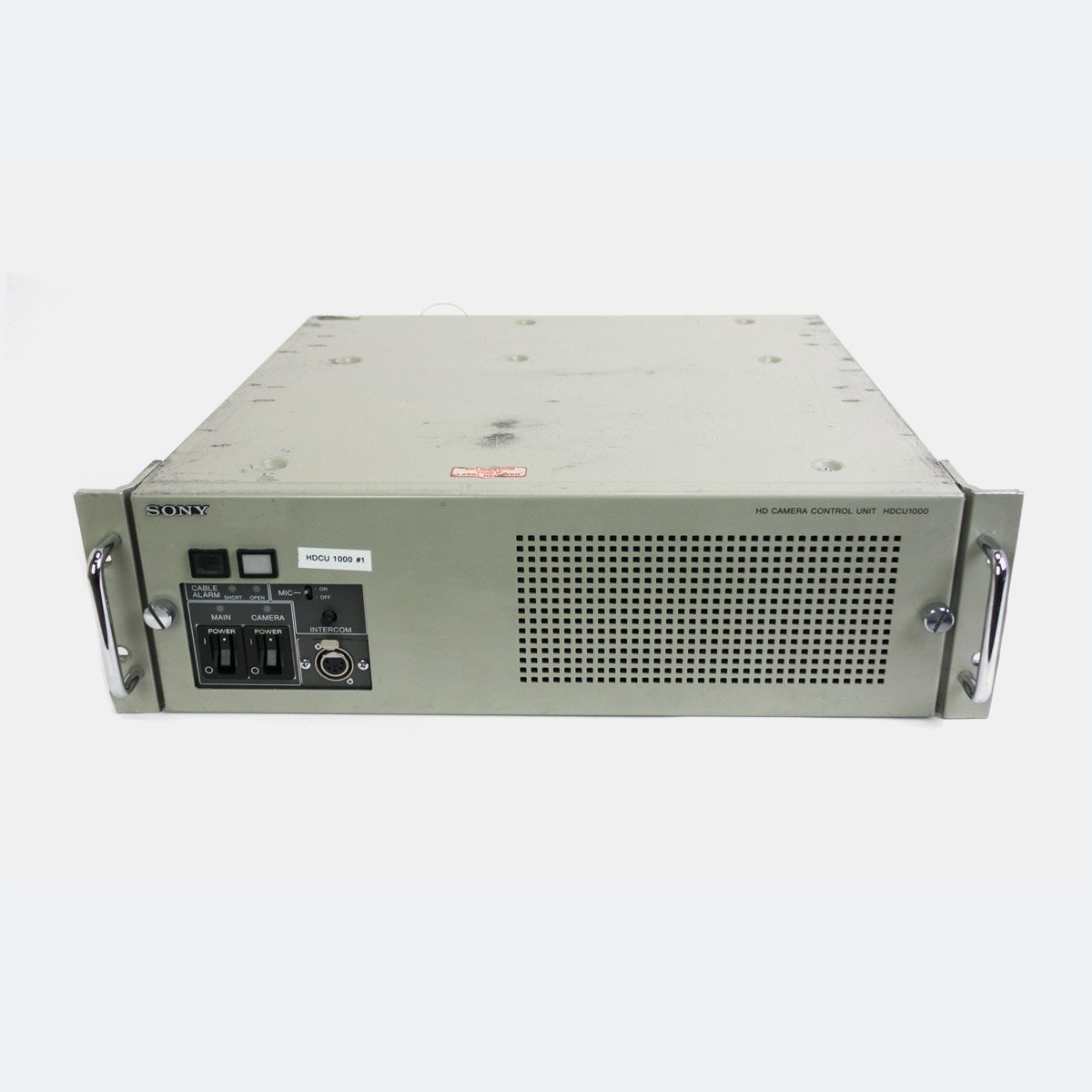 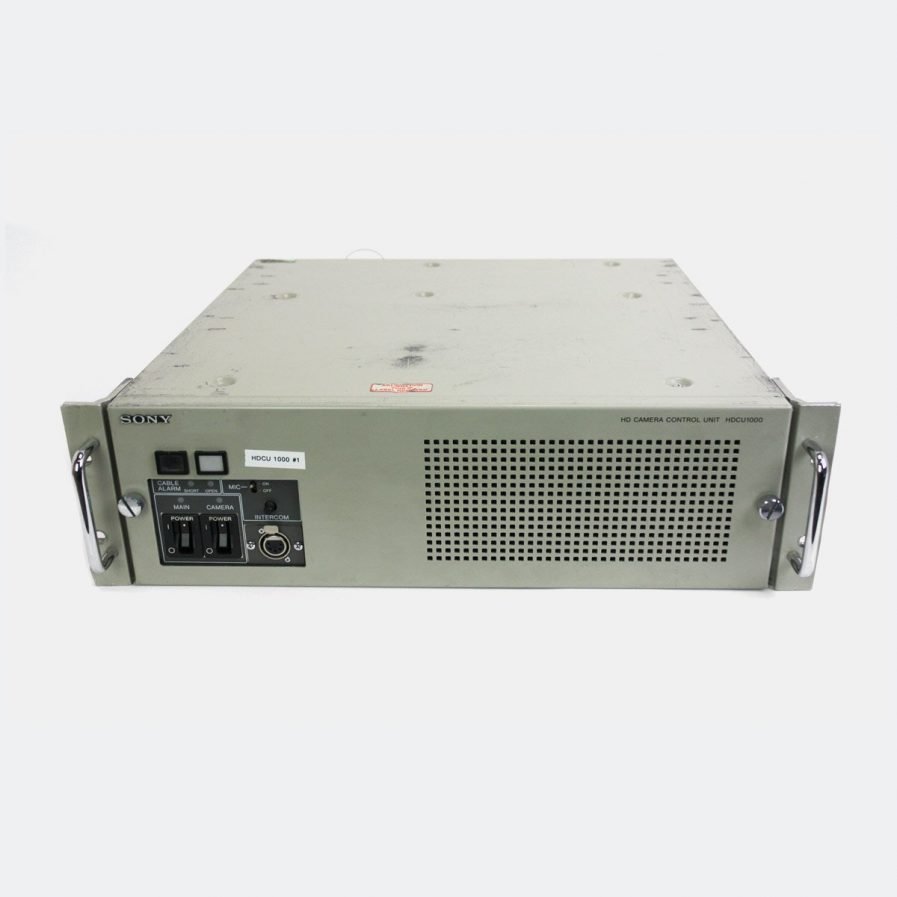 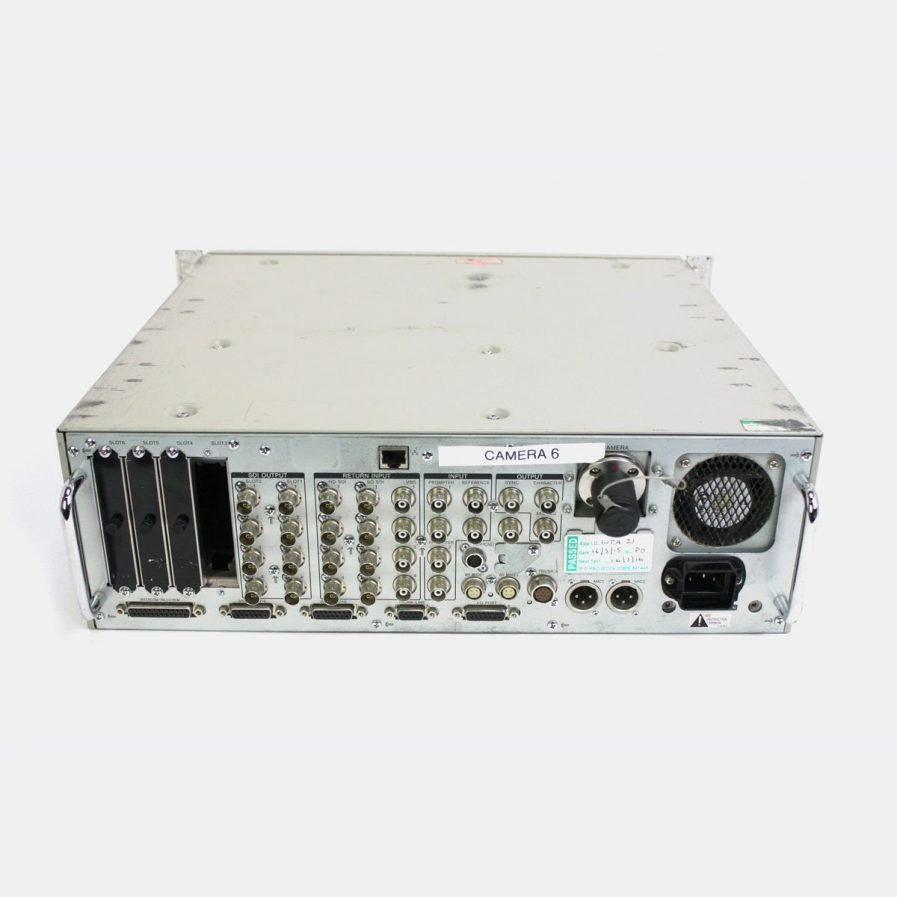 This unit is in good used condition and in full working order as well it comes with 3 months warranty. Few marks on the top panel.

Please note this is a Used Sony HDCU-1000 HD camera control unit for HDC-1500 cameras. ES Broadcast carefully tests all used equipment prior to sale, and offers a three-month warranty. Images shown are for illustrative purposes only and may not be of the specific model offered for sale. Accurate pictures of this model are available on request.

The HDCU-1000 is a full rack control unit has been designed for use with the HDC-1500 series cameras.

The Sony HDCU-1000 is equipped with a range of built-in interfaces such as HD-SDI/SD-SDI outputs, HD/SD return inputs, and a down-converted analogue composite monitor output.

Additionally, you can expand, a variety of output interfaces which are offered via optional boards, which are installed in four slots on the Sony HDCU-1000.

Sony’s HDCU-1000 includes HD-SDI / SD-SDI and SD composite video outputs as standard. There is a choice of 8 outputs which are available and can be configured (in pairs) to suit the output standards required. Option boards are also available to increase the number of outputs.

Sony HDCU-1000 can be used with full size or portable cameras, or with the HDLA-1500 large lens adaptor. In the case of HDC-1000/1500 plus large lens adaptor, utility power is available at the camera for a teleprompter.

You can utilize built-in down-convertor for full quality SD outputs, which could be used in standard quality TV studios, which would be upgraded to HD in a near future.

Up to 3000 meters operation

Digital optical fibre transmission system used in the HDCU-1000 maintains the high picture quality of the camera across cable runs of up to 3km.

*The product images shown are for illustration purposes only and may not be an exact representation of the product.