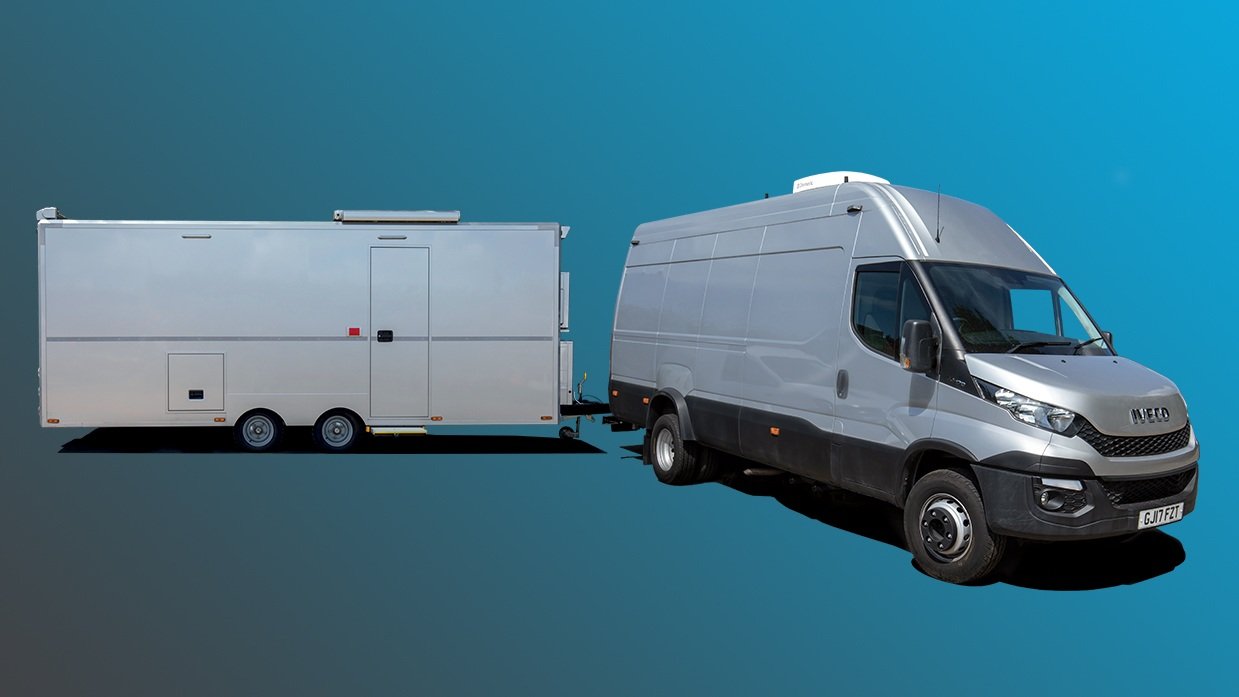 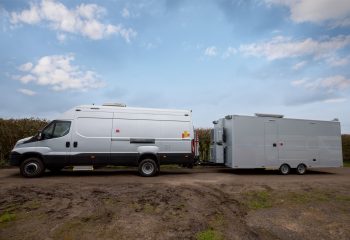 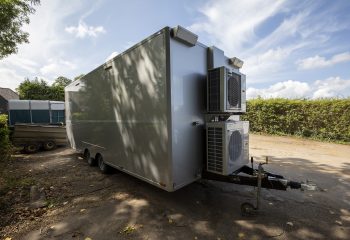 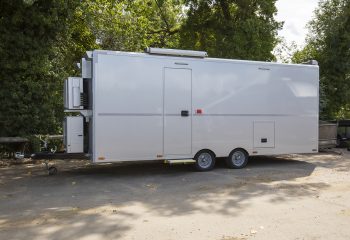 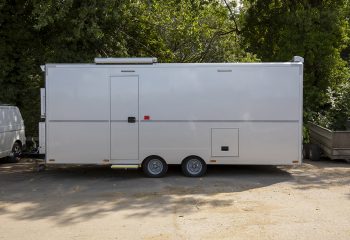 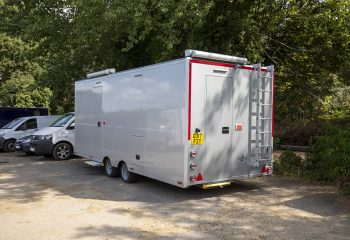 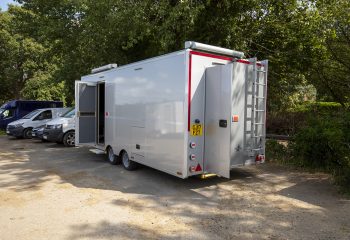 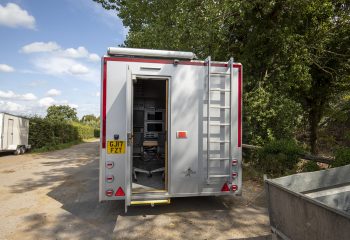 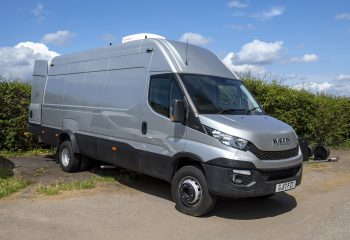 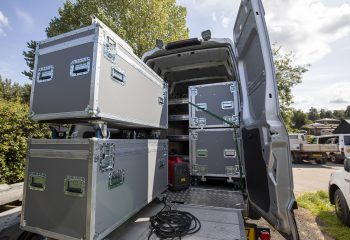 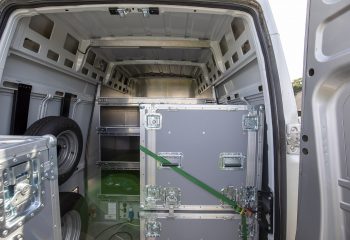 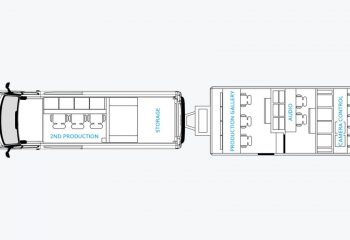 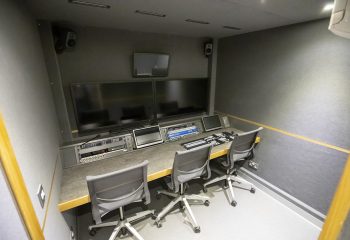 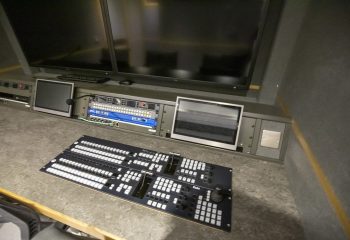 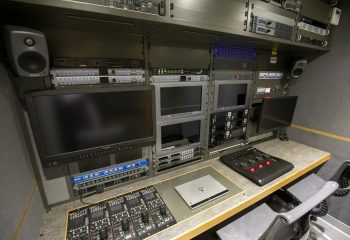 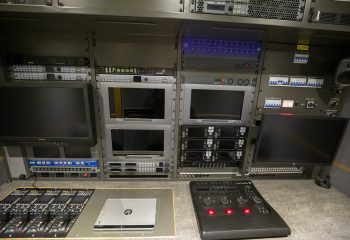 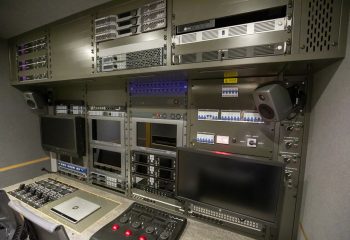 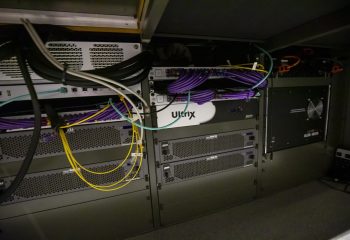 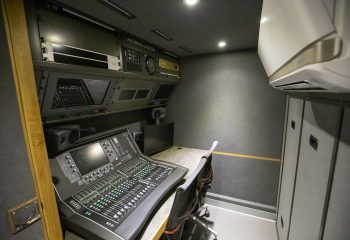 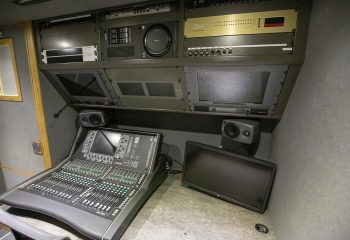 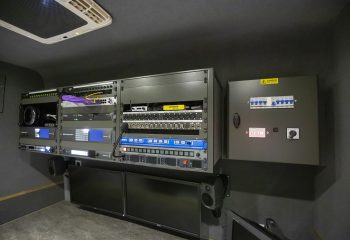 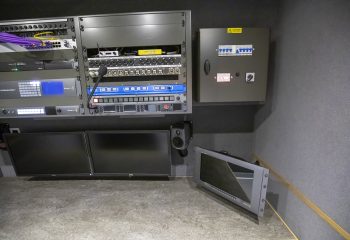 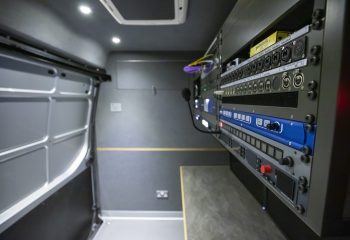 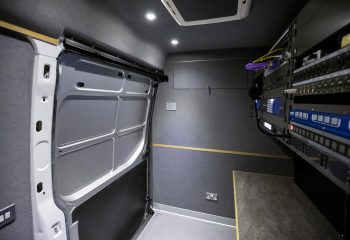 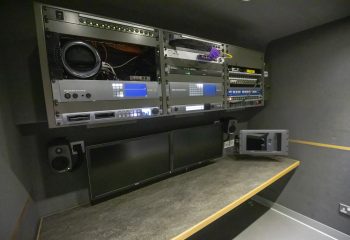 With 12 UHD HDR channels and 64-track live broadcast audio mixing capabilities, this UHD OB van and trailer combo is clearly focused on delivering high-quality live productions. The unit has been designed specifically with live music performances and festivals in mind.

The UHD OB van and trailer can be used as two separate units, with six-camera and 10-camera capabilities respectively. In combination, the units can handle 12 channels.

The main production gallery is located in the trailer and features a Grass Valley Kula switcher which offers 16 channels with 36 inputs, 18 outputs and 2 ME in HD, or 1 ME in UHD. The trailer is served by a Ross Ultrix FR2 64×64 video and audio router with Ultriscape multiviewer, Ultrispeed and Ultrimix Audio Fabric licences enabled. The trailer’s control system is an Axon CRB M control system, while an array of Ross equipment handles distribution.

Two TV Logic SWM-420A 42″ HD monitors, along with an Ikegami ULE-217 21.5″ HD monitor, make up the gallery wall, which can be configured for multiviewing thanks to the Ultrix router. Two Genelec 8010A speakers and a Sonifex RM-MC1L reference monitor controller provide audio monitoring for the gallery.

The rear of the trailer, accessed by a separate external door, accommodates a three-seat camera control room with space for 10 RCPs.

The UHD OB van, meanwhile, is split into two areas, with the rear portion housing custom racking for camera flight cases. The front portion can be used either as an edit suite or second production area when working in combination with the trailer, or else as a smaller standalone production gallery when used independently.

Much of the technology in the van is software-driven. The gallery/edit suite runs a Blackmagic Design ATEM 2 ME Broadcast Studio 4K switcher, which has a physical controller or equally can be controlled via a laptop or tablet. The Skaarhoi CCU desktop controller is similarly run via a software GUI, as is audio, thanks to the ATEM’s built-in audio mixer.