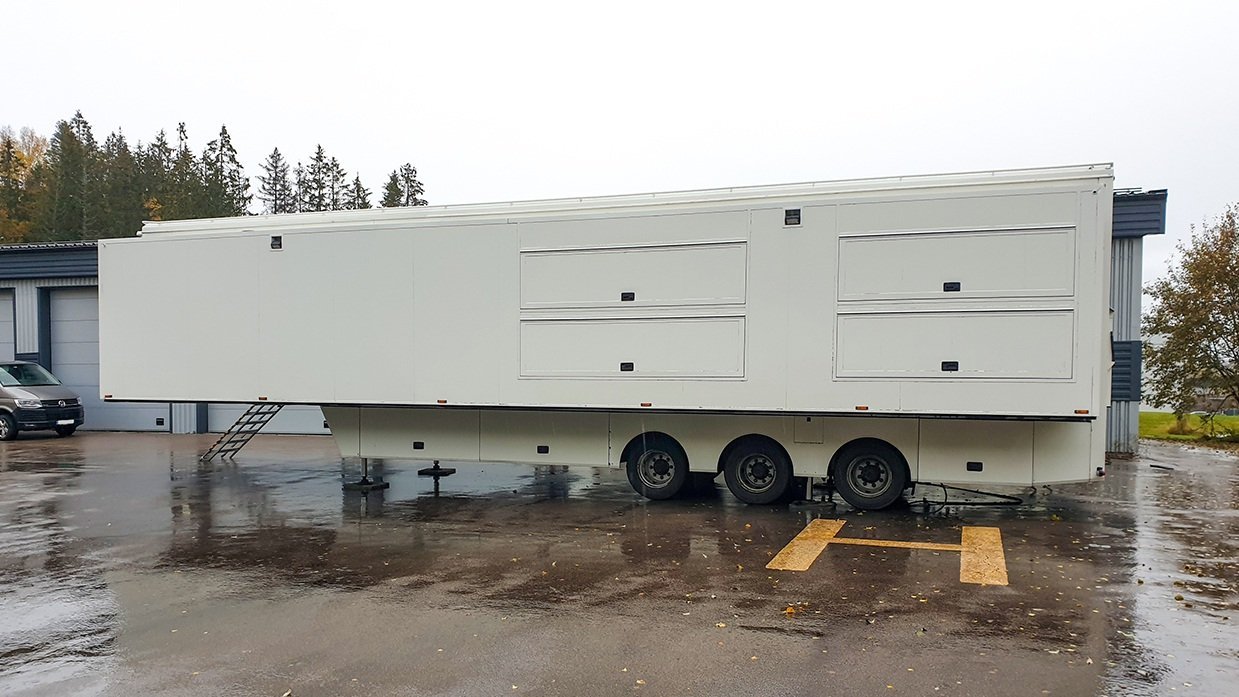 Built in 2005, the rack-ready double expander OB trailer has seen service at the 2006 Winter Olympics in Turin and the 2008 Beijing Olympics. It has also been used for a number of prestigious ski events in Norway including the 2011 Nordic World Ski Championships in Oslo, the 2012 Ski Flying World Championships in Vikersund and the 2012 Biathlon World Cup, held in Oslo.

Away from the sporting world, this HD OB trailer was also used for the Eurovision Song Contest – claimed to be the world’s largest non-sporting live TV production – in Oslo in 2010, as well as the Nobel Peace Prize concert the following year.

The trailer’s two expanding pods run almost the full length of the trailer, giving ample room for a crew of up to 20. A very spacious production gallery can seat six crew, with a further 11 able to staff vision control/EVS across two large adjoining areas. A separate audio booth can accommodate up to three audio engineers.

The trailer includes 8 Daikin air conditioning units as well as a Webasto diesel heater with three voltage regulators, to cope with the cold climates in which it has been operating for much of its career.

Expert systems integration services to deliver the vehicle you need

With more than 200 OB trucks to their name, ES Broadcast’s highly experienced systems integration team is able to work with you to convert this trailer into the OB vehicle you need for your business. Please call our systems team on 01733 214 888 to discuss your needs.

Please note that photos show some equipment that is not included for sale with the vehicle. The only equipment included is listed below. To preserve client confidentiality, photos may have been edited to remove branding logos or to disguise distinctive paintwork.