This Flyaway/PPU is no longer available, but we are able to source OB vehicles to suit any needs. Please call us on +44 (0)1923 650 080 or email sales@esbroadcast.com to discuss your requirements. 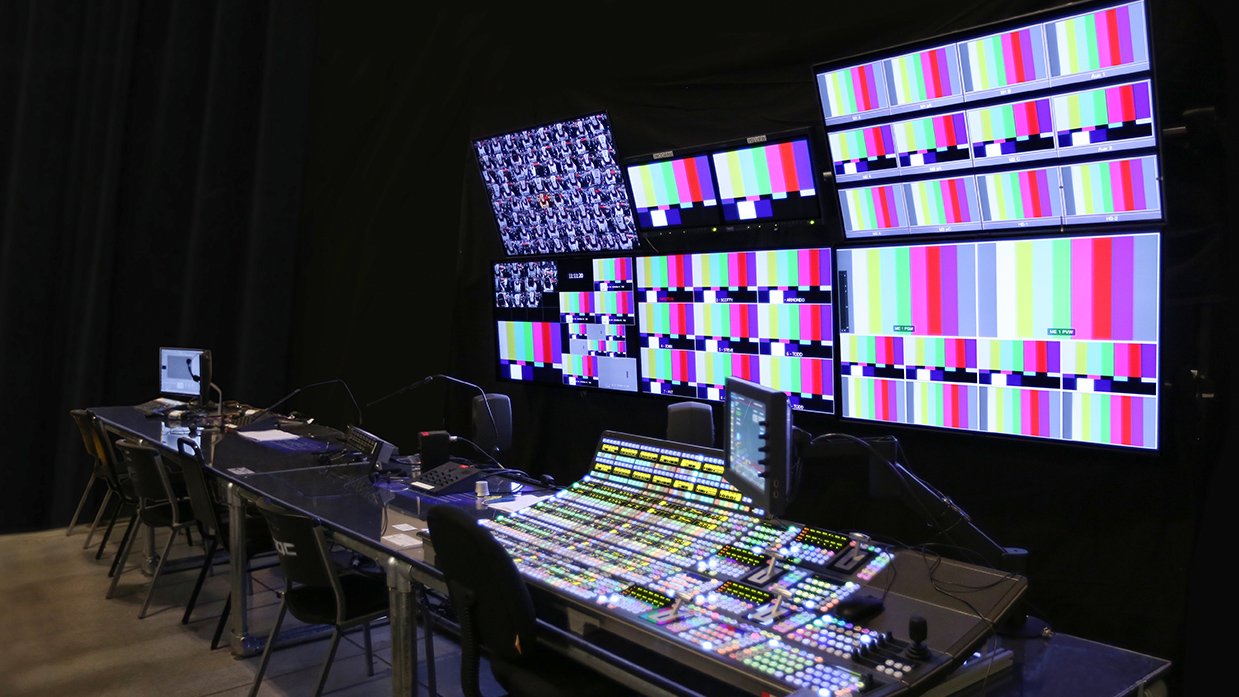 This newly built eight-camera UHD flyaway/PPU is presented for sale in mint condition, having only been used for 10 weeks before the e-sports event it was covering was cancelled.

Designed with e-sports coverage specifically in mind, the flyway is capable of handling eight UHD camera channels and 20 HD POV sources at the same time. This allows you to set up POV cameras on gaming stations while covering a range of studio shots with the UHD channels.

Cameras in the shape of eight Panasonic AK-UC3000GSJ UHD complete camera channels and 20 Marshall CV-565-MGB HD POV cameras are included. Canon HJ11 and HJ21 lenses for the channels are also offered, along with all cabling required.

The PPU’s production capabilities are built on Grass Valley technology. A Grass Valley Kayenne K-Frame vision mixer offers 96 inputs and 48 outputs and 4 ME as standard, but this capacity is significantly boosted by a series of option modules. Full details are in the Production section of the specifications listed below.

Graphics are powered by a Ross Xpressions Live CG and graphics package.

Audio hardware is not included in the package.